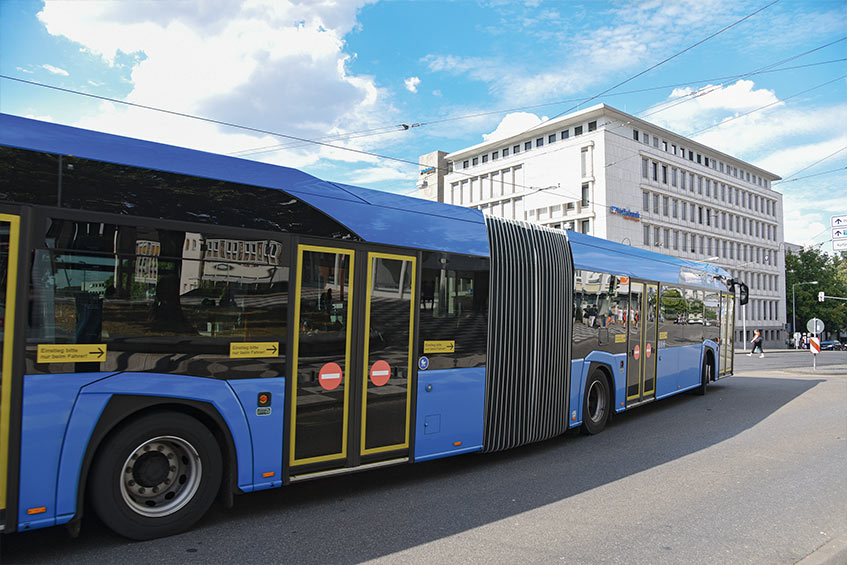 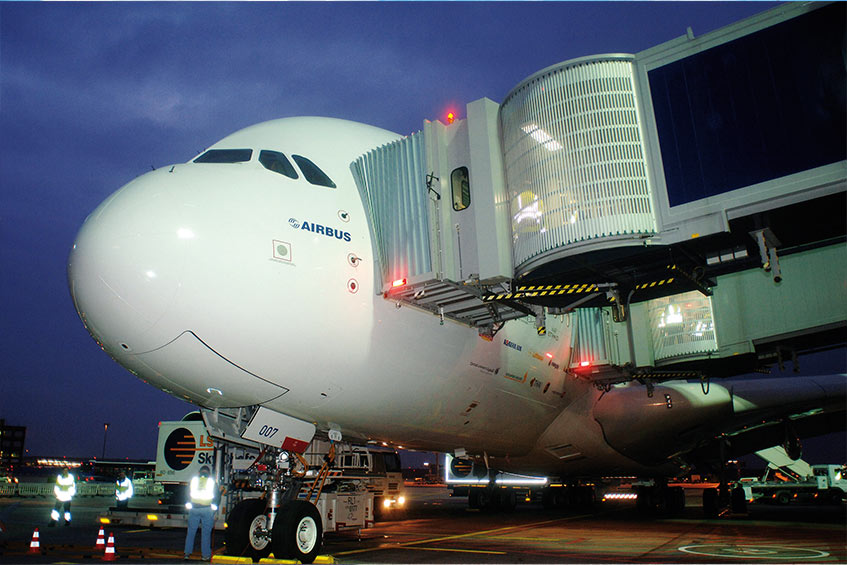 Everyone knows the products, only the name of the manufacturer is not known to most people. The HÜBNER Group is a leader in the field of transition systems used in buses and rail vehicles. These are the well-known bellows, whether in the ICE, the bus, the tram or the passenger boarding bridge at the airport. But also industrial textiles and applications in laser and high frequency technology belong to the products. HÜBNER was founded 1946 in Kassel, Hessen, where the company headquarters are still located today.
In addition, the company has 25 locations and subsidiaries in 15 countries and employs over 3,300 people. Data backup is carried out as far as possible centrally in Kassel. Christian Schulz, the head of the computer centre, and his team of six other IT specialists had a very special task. The previous backup and recovery solution WD Arkeia was no longer further developed. However, as the backup solution was about to be expanded, a solution had to be found that would work with the existing infrastructure without major changes and be future-proof. With SEP sesam, the IT experts at HÜBNER have found the optimal backup software, which has one of the largest functional overlaps with WD Arkeia and is future-proof due to the variety of systems and databases supported by SEP. In addition, SEP has been successfully cooperating with many European Arkeia partners for some time and has experience in replacing the mostly complex environments.

The HÜBNER Group has an established IT infrastructure, which is spread over four locations at the headquarters in Kassel. In addition there are the other branches and affiliated companies, which are distributed throughout Germany and the whole world. A large number are integrated into the current data backup concept and more may be added in the future. The sum of the current total data volume to be backed up, i.e. the data, VMs and databases of all servers across all locations, amounts to approximately 30 terabytes. Thanks to a LAN connection between the data centers, which are connected via a 10 Gigabit network, the data can be backed up centrally. This is done in an 80 TB disk system that is migrated to a 48-slot tape library according to the LTO7 standard. HÜBNER relies on a diverse selection of open source solutions, partly due to the IT infrastructure that has grown over the years. Most of these run on Linux systems, which make up 70 percent of the server systems. Virtualisation is usually carried out with VMware, whose DiskStorage is connected via SAN. But also file systems with Novell NSS file system are used. MySQL, Oracle, Sybase, MariaDB and PostgreSQL are operated as databases. Altogether a heterogeneous structure, which should be secured by a sophisticated backup strategy.

The imminent discontinuation of support for the backup solution WD Arkeia used to date was a great challenge for Christian Schulz and his colleagues: “We were faced with the task of finding a new backup software for our complex IT infrastructure while keeping effort and costs as low as possible,” says the head of HÜBNER’s computer centre. On the one hand the conversion of a backup solution entails not only the investments but also a not inconsiderable migration effort, but on the other hand HÜBNER also has expectations and wished for advantages and added value which a new solution should bring with it. A selection process in which all important manufacturers were considered soon led to SEP AG and the SEP sesam solution. “With SEP sesam we were able to map our backup strategy almost identically to the solution built up with WD Arkeia so far and to optimize it in addition”, says Christian Schulz. The expansion continues rapidly.

Simplification of operation thanks to SEP sesam

In addition to implementing the existing hedging strategy, new and optimized processes were also introduced. This allows decentralized tape libraries to be accessed from different locations. „Other providers could not do that“, says Computer centre manager Schulz. Also the flexible license model of SEP sesam convinced. HÜBNER uses the volume license model, which exclusively has the frontside data of the data volume to be backed up in TB as a criterion. Thus all functionalities and components of SEP sesam in any size or quantity are unrestrictedly usable.

Equipped for the future with SEP sesam

The migration to SEP sesam took place in cooperation with the SEP experts. Due to the different native backup interfaces, the different applications and virtual environments could be flexibly integrated and HÜBNER is prepared for further expansions. “We have created a joint concept in which the SEP specialists have strongly supported us. Thus it was possible in a short time to convert our backup infrastructure as desired and to optimize it for the future”, Computer centre manager Christian Schulz is pleased and adds: “SEP is now the central building block in our data backup concept and has successfully replaced the predecessor product. Some simplified processes also make life easier for us”.

SAP solutions are the centerpiece in IT-environments of companies and organisations worldwide. S...

For enterprise-level businesses, the demand for additional data storage is growing too fast for ...